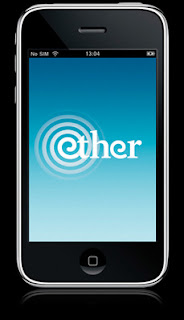 A few months ago I had my first short stories published. I was absolutely thrilled as you can imagine. They were published on a brilliant iPhone, iPad and iPod touch app called Ether Books.


Ether publish short stories by seasoned and new authors, for people on the go, who want something quick to read. It was founded by Maureen Scott whom I am honoured to say I recently interviewed. This is the interview, where you will find out more about Ether and the great woman behind it.


Thank you for joining us at Life in Clarity, Maureen, I really appreciate your time.


When did you initially get the idea to create such a brilliant app for readers who like short stories?
Read this link below; it pretty much gives you background about why I set up ether. I have been in mobile for 12 years and as soon as decent smartphones started shipping I could see that people would adopt reading on them. But I think book content is too long! Hence ether and our "15 minute reads." Small but perfectly published....


Vator.tv/news
I love my iPhone. In fact I would be gutted if I somehow lost it. The Ether app is so perfect for it. There are other smart phones out there and more people who can read on the go. Are there plans to put Ether Books out there on other phones?
Ether plans to support Android devices by the end of 2011. I ran one of the first ever Mobile Developer Programmes from 2001-2005 when I worked for a Mobile company called Openwave. We supported WAP developers for anyone out there who remembers the WAP handsets! Openwave came up with the original concept of having the Internet on your Phone. I worked with many of the mobile internet pioneers who created the mobile content industry long before Mr. Jobs of Apple fame tipped over the apple cart (sorry, I couldn't resist) with his iconic iPhone. The iPhone changed the mobile industry almost beyond recognition and we are big fans of the Apple devices.
Android represents opportunities and challenges for us; every device manufacturer implements the Android Operating System in a different way, which causes big problems for small companies like Ether. Google, who own the Android Operating System, have promised to improve Android so that is is implemented by device manufacturers in a consistent way. It means we are going to wait longer to support Android devices.
There are some big name established authors with stories on the app. How did they feel about making their work so acceptable in a world that needs it's stuff now, on the go and short?
We approached literary agents to secure rights for the short stories and essays from many of our famous writers including Hilary Mantel, Alexander McCall Smith, Louis de Berniers, Conn Iggulden, and Shaun Hutson to name just a few of our famous writers. The agents were very interested in working with Ether; we represent a new digital channel to market for these writers and their work. Hilary Mantel spent 12 years writing her story "The Heart Fails Without Warning," it was previously published once in the Guardian newspaper. Hilary Mantel has been tremendously supportive of Ether, you can see her interview with Telecom TV on the Ether WEB site. She pretty much sums up why writers are so happy to work with Ether.

Now we are also working directly with new writers. We want to discover the next JK Rowling, and publish the material in "episodic" format. We think it makes it more fun for the reader and it perfectly fits the context of mobile reading. Consumers want to be entertained and we have some great reading content for that spare 15 minutes.....
Where do you see Ether Books going in the future?
I have spent the past 12 years in the mobile industry. I like to talk about the three "Cs" that represent what Ether is all about. The three "Cs" are Content, Context, and Community. Consumers prefer to consume "short" content when they are on their mobile phones. The best analogy is that consumers prefer watching a YouTube video instead of a full length film on their mobile phone! The mobile phone screen is small, and the context of usage is that people are in a hurry and want something now because they have a spare 15 minutes. This "immediacy" and desire for instant gratification suits our content perfectly. It is also very convenient to have a library of great reads in your pocket! One of our writers Toby Litt summed it up by saying "short stories and mobile phones are pretty much made for each other."

The Community aspect of Ether is also really important. We have an invitation-only Community of Ether Writers, a place our writers can communicate with each other and test ideas for new work. In the future we will be growing the Facebook Ether Community Group and we hope to connect our Ether Writers directly to their fans.

We have a lot of plans for the future, and are very excited to be publishing so many new writers!

What is your favourite genre to read when you're not working?
I'm always working...
The book I am reading now is called "Do bugs have bottoms?" It was one of the World Book Day books and I am reading it with my little girl.

It's really good! I am learning a lot!


Where do you work and can we have a photo of your working space??
Right now I am working from my kitchen table! I often work from Starbucks. When we have a huge audience of readers I am going to offer Starbucks free ads on Ether since their WiFi is great and perfect for small start-up companies. So --- I want you to insert a logo of Starbucks!

If you could do or be anything in the world now, what would it be?
I would have a team of 20 people working NOW for Ether. We have so much to do and there are so few of us.....it is a constant challenge and frustration for us. There are 5.5 billion mobile handset users around the world and I am not going to be satisfied until we get our Ether Writers out to the masses around the world.


Thank you so much for taking the time to talk about Ether and share a little if the person behind it. We sometimes forget that someone is behind the technology and work so this has been great. Thank you!


You can find the Ether Books website Here where you will also find a link for the Apple app store
Posted by Rebecca Bradley at 06:00