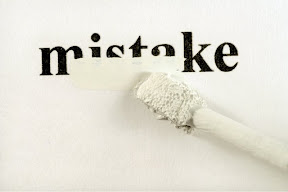 I realised yesterday, after making a difficult mistake, that I haven't discussed my work in process on the blog. The first drafting of my crime novel.

The mistake I made I imagine, is a pretty common one to writers. Especially pantsers. Those writers like me who don't make reams of plot notes before writing and just sit down and write organically letting the story unfold of it's own free will.

The opposite of a pantser would be a plotter. A writer who plots the story as they go. They know what each chapter should look like before they write it and have lots of notes to keep track of where the story is going.

Being a pantser has been going quite well for me, until now. I have a full synopsis written so have general directions but I don't plot each chapter or blocks or chapters. I sit and I write. I know there is no right and wrong way, but as I explain the mistake, it could appear I maybe shouldn't be working this way. Now corrected, I will continue to write as I have been doing, because this is what I'm comfortable with. It's what, most of the time, works for me.

The mistake? - I wrote a couple of short chapters and when finished I realised that the girl I had just had arrive from school at the time of the incident had actually been discussed as a missing child earlier in the work.

I was so frustrated with myself. Things were going well and I was in a flow with my word count and the direction I was heading in. I then felt as though I'd just put a great big flashing STOp sign in the way.

The solution - I had to walk away from the work for an hour and do other things, letting my brain process what had happened and attempt to figure the right direction to go in, for this to be resolved. Eventually I sat back down at my laptop and worked the girl into the right place.

I know I need to write a chapter list of who is doing what and where, for what I have written so far. If I do this then I can keep track of where everyone is and still sit and write freely as I forge ahead.

It was a difficult, but luckily short, learning curve and one I hope to not have to repeat again.

One more thing about this first draft I haven't yet said - I have set myself a target date to complete it of 21st July. Then starts the next stage. Second drafting.

Are you a plotter or a pantser and how do you deal with plot errors?
Posted by Rebecca Bradley at 03:48