If You Were Murdered In Your Home


Sleep isn't coming easily to me still, so my posts are appearing few and far between. I'm sorry for not keeping up with people very well lately. I know I have to try and get my head into gear as the A to Z April challenge is less than a week away and I'm signed up for doing it.

Anyway, to todays post. I was watching a crime drama on the television a few days ago and it brought a question to my mind. The scene involved the murder of a young woman in her home and officers in attendance were going through her life to get a feel for who she was. Conjecture and assumptions were made as well as facts from evidence found. 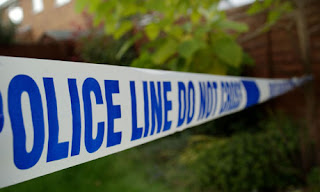 If you were found murdered in the place you live, your home, people you didn't know would be entering your private space. Those people would be police and crime scene investigators. And while they're in your personal living space, as the victim, they want to know an awful lot about you and your life.

What you have on your shelves, food in the refrigerator, hidden items long forgotten shoved in drawers. What secrets are you hiding? Why did someone enter to kill?

From my home, they would see I like books, writing - piles of printed out manuscripts I used for editing, and I'm not the healthiest of eaters.

What conclusions would a police investigator make of your home if they had the unfortunate chance to do this.

What do you think the people investigating and going through your things, would think of you?