The Effectiveness Of Storytelling 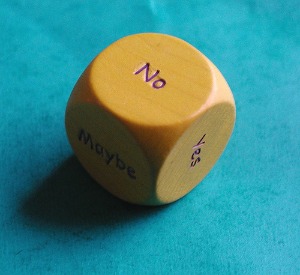 The title of this post was between two choices, The Effectiveness Of Storytelling or The Power of Social Media and Press, both of which would still have the same following post. I went with the storytelling title because that is what I do, so it seemed more relevant and the storytelling involved disturbed me and made me think quite hard about my own actions which evidences the power of a well told story. What I'm about to discuss though, shows, in the most far fetched way, the power social media and press reporting have on some events occurring in the world.

I would advise before reading further, that this has an adult rated theme, so if you are below the age of 18, please don't read further. I am going to attempt to tell you about the story that prompted this post. It was a television drama I recorded in December and only watched this week. I will clip my language when it comes to telling of the difficult part in an attempt to not put anything too awful in your head, but it will show the power a story has. The programme was called Black Mirror. Here is a quick potted version with my thoughts.

The Prime Minister wakes to be informed that the princess has been kidnapped. A video recorded ransom demand was posted on You-Tube showing the princess talking, in tears, to the camera. It is acknowledged that this is genuine. The video was removed after 9 minutes but it was too late, people had downloaded it and kept uploading it and the cycle continued.

It is here that the problem starts. Once something has gone out on the internet, it can not be retrieved. You can delete/remove your own version, but there is absolutely nothing to say who else now has it or what they will do with it. In this instance, the general public are aware of the princesses kidnap and are extending the story around the globe, specifically on Twitter. Control of a situation is already lost.

The kidnapper has one demand and a list of how this must be done and also what must not be done. (here's the difficult bit.) The kidnapper wants the Prime Minister to...erm... do a despicable act...erm.... on live television with set camera specifications, roaming camera and with no stand in doing it for him. Put the word...pig... into the above lines somewhere and you get the gist.

Yes, this is somewhat ridiculous, but please keep following.

Prime Ministers staff gauge statistics from social media sites and assess that 80+% of people don't think he should do it. They set up a stand in and prepare for filming. A leak in the PM's office leaks it to the press, who film the preparations and the result is the kidnapper seemingly cuts off the princesses finger for disobeying him and posts this on You-Tube. Public sympathy leaves the PM.

It is at this point that the story comes into it's own and where I really squirmed and wondered at the place of social media.

PM's staff tell him if he doesn't do it, not only will he be the most hated man in the world, but they could not guarantee his safety or that of his wife and baby.

The climax came, the "hero" has to make an awful decision. I am barely breathing. The unthinkable versus saving someones life, not just anyone, but a royal princess whom the public adore. The information that the PM and family safety could not be guaranteed were the most intense couple of sentences spoken in the hour long programme.

PM does this act, the princes is released. His popularity rises, but his wife never speaks to him again.

Sounds awful and vaguely heroic if you don't think about the awfulness.

The twist in the story was that the princess was released into the streets, slightly sedated, half an hour before the television live film. The crazy kidnapper wanted to see if it could be done, and he took his own life.

Really, I had already thought the story had taken me to the limit, but the twist just left me gobsmacked and in a very contemplative mood.


This story has stuck with me for days. It was so powerful and well told. It showed that you can take the story out as far as you want, as long as there are points of such believability in it that people can connect on an emotional level.

The social media aspect was very clever and I will now always gauge what I tweet in such significant matters.

Is there a story that you have read or watched, that has gripped you and been so impactive it has made you look at your own actions in some small way?

Apologies if I have upset anyone. This story caught hold of something inside me that I just have to discuss it.
Posted by Rebecca Bradley at 10:56