Todays guest author interview is with David Jackson, author of the previously reviewed, on Life in Clarity, crime novel Pariah. It is with great pleasure I bring this interview. I managed to meet Dave at the recent Harrogate Crime Writing Festival and he is true gentleman. 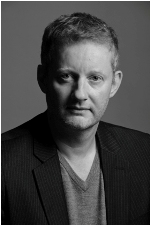 Your book, Pariah, is based in America yet I believe you reside in the UK. How did that decision come about?
There's an overused saying: 'Write what you know.' What I dislike about that advice is that it's often interpreted far too narrowly. As an alternative I would offer the phrase 'Write what you read.' The novels you read say a lot about the type of stories you prefer, and you are much more likely to enjoy and to be successful in writing stories that follow those interests. Personally, the novels I tend to prefer are crime thrillers set in the US. Favourite authors of mine include Ed McBain, George Pelecanos, Dennis Lehane, Robert Crais and Michael Connelly. It seems natural (at least to me) to write stories in a similar vein. Of course, the downside of making a choice like that is that you have to do a lot of research and to have an
ear for dialect if you're going to have a hope of sounding authentic. Fortunately, people tell me that I have managed to pull it off with Pariah.


I've heard something similar to that - write what you love, which is, as you say for you, US crime. It does work. If I didn't know you lived in the UK I would never have known otherwise.

Can you describe your route to publication?
The path I took was slightly unusual in that I approached the publisher direct, without an agent. Macmillan runs something called the New Writing scheme, which gets a lot of submissions. In fact, I think the scheme is temporarily closed while they try to catch up! Competition is therefore pretty fierce, but fortunately mine was picked from the slushpile by the reader who went on to become my copy-editor.  I think one of the things that helped me to get noticed was the fact that Pariah had previously won a Highly Commended accolade in
the Crime Writers Association Debut Dagger Awards. Other authors who have been discovered through the scheme include Ryan David Jahn, Len Tyler, Brian McGilloway and the Orange Prize longlisted author Ann Weisgarber, so I feel I'm in very good company. 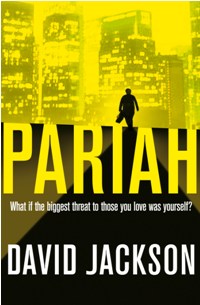 That route to submission is a rare one if reading fellow aspiring writers blogs are anything to go back. The Macmillan scheme is a great one for writers to know about.

How long has your interest in crime been alive and what fascinates you about it?
I think I've always read crime novels. As a young kid I read Enid Blyton's Secret Seven and Famous Five books and loved them. Later on I became interested in science fiction, but still maintained an interest in crime and thriller novels. I remember avidly reading the whole series of James Bond novels (if Jeffery Deaver steps aside, I'm your man!) and then worked my way through Christie's Poirot stories and the Sherlock Holmes books. I read a lot of other stuff too - I've just read 'My Sister Lives on the Mantelpiece', which is brilliant, and currently I'm reading Bill Bryson's 'At Home' - but I always return to crime.

What fascinates me about it? That's a much tougher question. I suppose it's the desire to explore and understand the darker side of humanity, and with fiction we can do that without actually being touched by fear and violence ourselves. I think it also allows us to satisfy our need to feel that there can be justice and righteousness in what often seems a very unfair world.
What is your guilty pleasure in genre reading? I've recently admitted to being a bit if a chick lit fan.
Probably kid's books. One of the advantages of having children is you get to read to them and to go through the books on their shelves. It's been great revisiting classics like Dr Seuss and Anne Frank, but also discovering some of the newer stuff like Meg Rosoff's 'How I Live Now'.
As a writer, the world is our oyster. We can go anywhere and do and be anything. For each of those three (go, do and be) if you could, what would you choose.
Two things occur to me. I'd love to know what it's like to be a bird, with that ability to fly wherever I want and look down on the world. And, just for a day, I'd like to become a young child again, to re-live that purity of honesty and innocence and to remember what it's like for everything to have a huge question mark hanging over it.


In relation to the exploring and understanding the darker side of life, it's something that is written about a lot by crime writers. Do you think there are any boundaries to what we can put on the written page and if so what should our limits be?


I wouldn't like to set boundaries for other people, but I have my own. There are some things I just wouldn't feel comfortable writing about, and I think that my unease would show through. For example, rape and child abuse are subjects I shy away from.
On a couple of lighter notes; if you could meet someone, dead or alive, who would it be?


There are all the usual suspects, so I have tried to come up with something different. I think I would want to meet one of my ancestors - say from about 200 years ago. I would want to know how they lived and what it was about them that guided their decisions in life. I suppose that, in knowing them, I would hope to learn more about myself.
If a movie was made of your life, who would you want to play it?


Tom Cruise. If he can play Jack Reacher, then it should be less of a stretch to play me. Literally.
Thank you for such a great and open interview Dave, it's been an absolute pleasure having you here. I wish you best of luck with your next release and if Pariah is anything to go back, I really can't wait to get my mits on it!
You can find Dave at the follow locations; His Blog, Webpage and Twitter

Posted by Rebecca Bradley at 11:02